The laminating line is now able to produce either laminate paper rolls or sheets depending on customer’s demand.

With the objective of improving the performance of one of their laminating lines and their Pasaban KDD 1500 paper sheeter, Pasaban Upgrades service carried out two different projects.

On the one hand, a new configuration for the laminating line was designed by adding two new pieces of equipment; a rotary unwinder and a rewind stand. On the other hand, an electrical upgrade of the sheeter was carried out, adapting it to work both OFFLINE and INLINE with the laminator.

Both the rotary unwind stand and the rewinding station installed on the laminator allow automatic splicing at maximum speed, capable of reaching 200 m/min. The two systems have electrical motors and everything is controlled by a high-performance PLC.

Regarding the sheeter upgrade, it was necessary to carry out improvements to the electrical system for which Pasaban drives and PLCs were used.

Currently, after the changes have been made, the sheeter can be fed by either its unwinders or by the laminator working INLINE. The sheeter is prepared to cutting in register on printed mark.

These solutions have enabled or customer to adapt the performance of their equipment to their specific needs, giving option to several configurations.

The project although complex due to space problems, it has been satisfactory and both the customer and ourselves are satisfied with the final result.

Pasaban to supply paper and board winder for Emreser, Spain 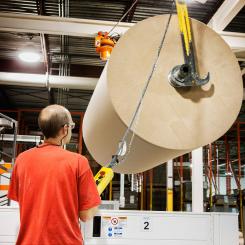 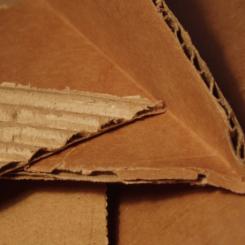 Pasaban to supply an upgrade of a sheeter for Domtar Paper