In Schwedt, Voith has converted the LEIPA Group’s PM 5 from a newsprint to a packaging paper machine. On 19 April 2018, the acceptance and handover of the machine of the Schwedt PM 5 project was signed early at LEIPA Georg Leinfelder GmbH, with effect on 13 April. As a result, the Voith team on site managed to bring the entire machine, consisting of a BlueLine OCC stock preparation line, DIP stock preparation line and XcelLine paper machine up to handover quality just 19 days after ‘stock on wire’.

Perfectly matched components and an extensive automation system including OnQ quality control system make the machine a new benchmark in the industry. LEIPA can produce approximately 450,000 metric tons of white top testliner (WTTL) on the machine and is therefore the market leader in this segment. After taking over the UPM mill in Schwedt, the new owner, the LEIPA Group, decided to extensively rebuild the existing

PM 11. Under the management of Voith, the conversion of the newsprint paper machine to a machine for the production of white top testliner (WTTL) began in October 2017. LEIPA invested over 160 million euros in the plant. Now known as PM 5, the machine is a new point of reference for packaging paper. Just a few machines worldwide surpass its 9,200- millimeter wire width. It also takes the top spot with its production speed of 1,200 meters per minute. LEIPA plans to produce 1,180 to 1,400 metric tons of white top testliner per day with the best surface properties and basis weights of 100 to 140 grams per square meter. LEIPA wants to manufacture a total of 450,000 metric tons of paper every year and thus expand its market position further.

To ensure the PM 5 can meet the desired output and quality requirements, Voith modified almost every component of the existing machine. A new hybrid former with two headboxes DuoFormer D and TopFormer F replaced the previous former, for example. Voith also developed a comprehensive solution for the transition to the press section and for the press, with a DuoCentri NipcoFlex shoe press in the center. These two components were designed to meet the requirements in high speed machines and enable outstanding product quality. Robust SolarPress roll covers assist in achieving this. The covers do not require any water cooling and help LEIPA to conserve resources. The SpeedSizer AT is also optimized for the uniform and faultless application of starch at high speeds. During the rebuild, Voith separated the existing dryer section into a predryer and after-dryer section. In the process, the pre-dryer section received a completely new TopDuoRun dryer group, while existing components were used for the after-dryer section. Thanks to a new MasterReel reel and the rebuild of the two existing DuoRollers, reel diameters of up to 3.5 meters can now be produced on the PM 5. The existing machine hall ventilation system was also expanded and integrated into the new process and quality control system. 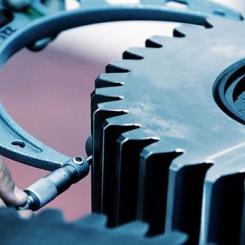 Sonoco acquires Can Packaging in France

Saica Group announces its entry into the USA

Saica Group, one of the largest and most advanced European players in the development and...
Annons

Ahlstrom-Munksjö to invest in its plant in Binzhou, China

Ahlstrom-Munksjö announces a further investment in its Binzhou plant to be able to produce abrasive...

Two Sides, the paper advocacy group that promotes the sustainable and attractive attributes of print,...

Mondi, a global leader in packaging and paper, has launched a health and safety app...

Berthold is expert in monitoring critical processes. As technology leader of radiometric measurements we bring...

Ilim Group starts up new woodroom at its Bratsk mill

A new woodroom has been placed in service at the Bratsk Mill of Ilim Group....

Cascades announces that it will close its Etobicoke, Ontario containerboard packaging facility as part of...

On July 22, 2020, an Agreement of Intent on the implementation of an investment project...

A technological innovation capable of producing up to 10 thousand face masks per minute, which...

Mondi Syktyvkar has successfully completed a major step in the modernisation of its state of...

Valmet will supply the eighth tissue line delivery including an extensive automation package to Turkish...