Resolute Forest Products recently announced that a tentative four-year agreement has been reached with Unifor, subject to ratification by their members. Unifor represents the majority of hourly employees working across the company's Canadian pulp and paper operations.

The master agreement covers eight of Resolute's Canadian pulp and paper mills. The agreement applies to the Amos, Baie-Comeau, Dolbeau, Gatineau, Kénogami and Saint-Félicien facilities in Quebec, as well as the Thunder Bay mill and currently indefinitely idled Thorold operation in Ontario.

"We are pleased that we have reached a tentative agreement with Unifor national and local leadership that recognizes the contribution of employees to the success of the business and provides stability for our customers, shareholders, communities and other company partners," said Yves Laflamme, president and chief executive officer. "Once ratified, this agreement will support long-term investments in our Canadian operations."

The collective agreement covers approximately 1,100 employees represented by Unifor. The agreement builds on the cooperative relationship that has been established between Resolute and Unifor.

Details will not be discussed publicly until the union leadership has had an opportunity to present the agreement to its members. 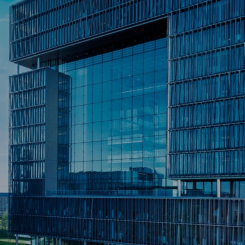 Beaver Paper Group steps into 2021 with a whole new look

Over the course of this year the Tissue market evolved significantly: the uncertainty of the...

The decrease in consumption caused by the Covid-19 pandemic continues to place strong pressure on...
Sponsored

Itasca Capital Ltd. has changed its name to GreenFirst Forest Products Inc. Effective at the...

The European Investment Bank has signed a € 150 million loan agreement with Finnish renewable...

PulPaper to be rescheduled to 2022

The PulPaper event will be rescheduled to the spring of 2022. The decision is due...

Rottneros’ Board has decided on investments to reduce emissions to water at Vallvik Mill. The...

Corrugated board producer De Jong Packaging, from De Lier in The Netherlands, is expanding its...

Domtar to sell its personal care business for $920 million

Domtar Corporation recently announced that it has entered into a definitive agreement to sell its...

SCA to increase Kraftliner price by €50 per tonne

SCA will increase the price of White and Brown Kraftliner by €50 per tonne. The...

The Covid-19 pandemic has not only affected production, supply chains, sales, and consumer habits across...