Södra has signed a letter of intent with RingAlm Tre AS stating that the company will take over the entire Hauerseter sawmill operation in Romerike, Norway. RingAlm Tre has undertaken to maintain the operations at the facility and to take over the majority of the employees at the sawmill.

"Although we have signed a letter of intent to sell Hauerseter to RingAlm Tre, Södra will continue its aggressive focus on construction timber in the Norwegian market, supplemented with goods from Sweden. However, we will now work together with RingAlm Tre and all deliveries to customers will be made from Hauerseter. Our customer service will also be located at the facility," says Håkan Svensson, President of the Södra Wood business area.

Södra is implementing structural changes within its sawmill and planing mill operations. In late September, Södra decided to close the sawmill at Hauerseter, while continuing to operate the planing mill on a two-shift rotation. According to the schedule, the sawmill was to remain in operation until mid-February.

A total of 17 full-time positions were to be affected, mainly in production. RingAlm Tre AS is now taking over operation of both the sawmill and the planing mill, which means that there is a possibility that these positions will not be made redundant. 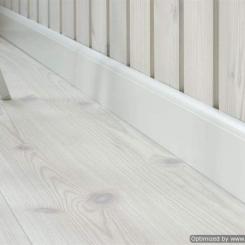 Raumaster Paper delivers new technology to the world’s most modern sawmill. The delivery is a...
Annons

At this time of year it is usual for softwood lumber prices to be lowering,...

IT Tech Packaging, a leading manufacturer and distributor of diversified paper products in North China,...

Genera, a US manufacturer of domestically sourced and produced ag-based pulp and molded fiber products,...

Toscotec to rebuild the dryer section of PM4 at Aviretta, Germany

Axelle Barnet, PhD student of the LGP2, recently defended her doctoral thesis: "Understanding of the...

The Empire Recycled Fiber mill is in development in Fairless Hills, Pennsylvania, on the site...

As part of its forward-thinking innovation strategy, Coveris has opened the doors of its new...