Orient Paper to halt production due to smog alert

Orient Paper, a leading manufacturer and distributor of diversified paper products in North China, recently announced that it will temporarily suspend its production of regular CMP, light weight CMP, offset printing paper and digital photo paper from December 14, 2015 to December 31, 2015, in accordance with a mandate issued by Xushui Environmental Protection Bureau of Baoding City.

The mandate reflects the Chinese government's stepped-up anti-smog efforts in Beijing-Tianjin-Hebei region, Shandong, Henan and Shanxi provinces following Beijing's first red alert for smog last week. The red alert, the most serious level under a four-tier emergency response system created in October 2013, has triggered shutdown of schools, highways and construction activities from 7 a.m. on Tuesday December 8 to noon on Thursday December 10. In addition to paper manufacturing, the mandate suspends textile printing and dyeing, cement, mining, construction and chemical manufacturing. Industrial manufacturing activities in Beijing-Tianjin-Hebei region is occasionally subject to this type of suspensions due to air pollution in north China during this winter season of year 2015. The temporary suspension of production will not impact the Company's tissue paper operations, which are located in the Economic Development Zone of Wei County, Hebei Province. Production of impacted products will be resumed on January 1, 2016.

Orient Paper's 2Q revenue down 8% from year ago 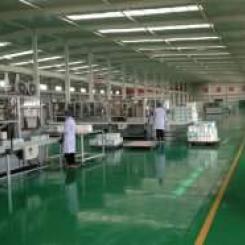