FPAC outraged by US newsprint duties

Recently, the US Department of Commerce imposed unwarranted countervailing duties up to 9.93% on imported Canadian uncoated groundwood paper (newsprint).

Forest Products Association of Canada strongly believes that these duties are completely unjustified and protectionist in nature. In a press release, FPAC writes that they ”call on the federal government to stand with us and the over 4,500 hard-working Canadians from British Columbia to Newfoundland and Labrador who could be impacted by this frivolous trade action”.

”As it has with the softwood lumber dispute, this trade action will bring real harm to U.S. workers and businesses, impacting over 600,000 American jobs. We applaud the leadership of the many Democratic and Republican U.S. Senators, and the publishers of over one thousand small and medium-sized U.S. newspapers who have demanded that Washington not impose countervailing and anti-dumping duties on Canadian newsprint.”

Canada is the largest exporter of newsprint in the world and according to the US Department of Commerce; Canadian newsprint paper exports to the United States totaled about 1.6 billion USD in 2016.

Wärtsilä to deliver heat and power plant at Solikamskbumprom mill 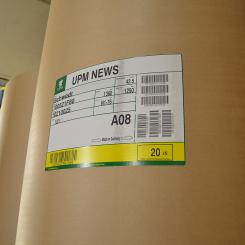 Exceptional situation for newsprint in Poland