Metsä Group celebrated the inauguration of its next-generation bioproduct mill in Äänekoski, Finland, on 18 October 2017. With a cost of Euro 1.2 billion, the mill is the largest investment in the history of the Finnish forest industry.

President and CEO of Metsä Group Kari Jordan said: “All in all, Metsä Group is investing around Euro 2 billion between 2015 and 2017. Of this, around 85% is investments in Finland. The bioproduct mill has nationwide effects. It will increase Finland’s annual exports by Euro 0.5 billion, in addition to creating around 1,500 new jobs throughout the direct value chain and having an effect on wood supply across the country. As Finland is celebrating 100 years of independence, Metsä Group is honoured to be participating in building a stronger economy for the country.”

The construction of the bioproduct mill began in April 2015, and the mill started up in mid-August 2017 – exactly on schedule and on budget. The mill’s production has increased as planned, in line with the start-up curve.

Pulp production at Äänekoski is increasing to 1.3 million tonnes from roughly 0.5 million tonnes. The bioproduct mill is a significant project in terms of Metsä Group’s competitiveness. It is expected to achieve its nominal capacity in mid-2018, which will make Metsä Group the world’s largest producer of softwood market pulp.

With this new bioproduct mill, Äänekoski’s industrial ecosystem will develop and grow further, as the mill serves as a platform for the manufacture of new bioproducts. In the first phase, new bioproducts will include product gas, sulphuric acid, biogas and biofuel pellets. Key bioproduct development projects include lignin products, textile fibres and biocomposites.

The bioproduct mill will accelerate the use of renewable energy in Finland, increasing its share of total energy consumption by around 2 percentage points. In terms of energy efficiency, the mill is a leading facility globally. Its bioelectricity self-sufficiency rate is 240%, and it uses no fossil fuels. 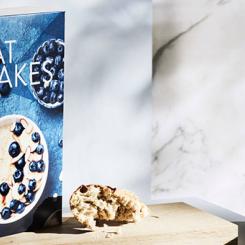