Fibria's net revenue totaled R$2,775 million ($877 million) in 2Q 2017, 34% more than in 1Q 2017, due to higher sales volume, as previously explained, the 12% increase in the average net price in dollars and the 2% appreciation of the average dollar against the real. Compared to 2Q 2016, net revenue grew 16%, thanks to higher sales volume and the 11% increase in the average net price of pulp in dollars, partially offset by the 8% depreciation of the dollar against the real.

Pulp production totaled 1,330 thousand tons in 2Q 2017, 11% more than in 1Q 2017, due to the absence of scheduled maintenance downtimes, a higher number of production days and improved operational efficiency. The 3% increase over 2Q 2016 was mostly due to improved operational efficiency in the period, as there was no longer any residual effect of the retrofit of the boiler at the Aracruz mill. 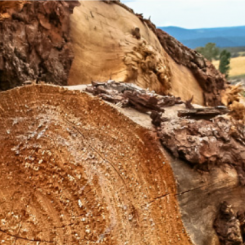