Sappi’s EBITDA excluding special items for the year was $739 million, an increase of $114 million, or 18%, on the prior year.

Operating profit excluding special items for the year was $487 million compared to $357 million in the prior year. Special items amounted to a gain of $57 million, comprised mainly of a plantation fair value gain as a result of the weaker Rand and the resultant increase in local timber prices.

Net cash generation for the financial year was $359 million (FY15 $145 million), which included proceeds from the sale of Cape Kraft and Enstra mills of $39 million.

Sappi CEO Steve Binnie said: “I am very pleased that the group has delivered another strong performance to build on the momentum created in 2014 and 2015. Significantly, our profit for the year has nearly doubled to $319 million and our earnings per share for the year increased by some 68% to US 57 cents. The success of our strategy is evident in our strong cash generation which has allowed us to reduce our debt levels to below our stated target and to do this earlier than anticipated.” 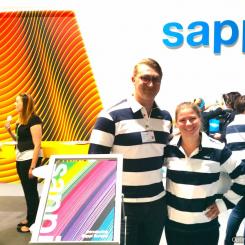 Water treatment system order for a ProJet customer in Mexico

An industrial IT solution that pays itself back in one shift – fact or fiction?

By: Tietoevry/Marko Jämsen Would it not be a relief to know a solution exists for...

Germany will face with an acute shortage of paper this year, that will be mainly...

Archroma, a global leader in specialty chemicals towards sustainable solutions, today announced that its ground-breaking...

Further to an announcement made in July 2022, Mondi confirms that all conditions have been...

Interfor recently announced that it has reached an agreement with an affiliate of the Kilmer...

The Mayr-Melnhof Group (MM) has successfully finalized the acquisition of Essentra Packaging which was agreed...