Fibria has contracted the execution of electromechanical assembly, known as Balance of Plant (BoP), to interconnect all the process areas at the Horizonte 2 Project, which involves expansion of the pulp production line at the Três Lagoas Unit in the state of Mato Grosso do Sul, Brazil.

In this first stage, the electrical and mechanical assembly will focus on installing pipe racks, which are metal structures used to support pipelines that transport the inputs used in the pulp production process, such as chemicals, water and compressed air, among others, as well as in the manufacture of chimney ducts and water sourcing and wastewater treatment pipes.

The electromechanical assembly will be executed by Imetame Metalmecânica, while Pöyry will be responsible for the engineering and management of the package.

Fibria is a Brazilian forestry company and the world’s leading eucalyptus pulp producer. 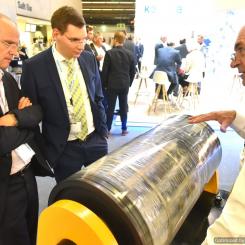