"The forest industry can not afford to research and develop. Innovation and finding new opportunities to use the forest is vital for the industry's survival. Finland and Sweden have both forests and outstanding research around the forest, "says Karl-Henrik Sundström, CEO of Stora Enso, to the Helsinki newspaper Hufvudstadsbladet, HBL.

"We have a clear lead here and we will keep that," says Sundström.

Significant to the rapid change in the forest industry is that Stora Enso, just over ten years ago, received about 70 percent of its turnover from various paper products. Today, the percentage is down to 30 percent. Although it has meant downsizing paper machines and less production, it has also meant a shift to new products, investments in cardboard and mass and new goods at sawmills.

Digitalization and online trade have meant that demand for cardboard as a transport material has increased significantly. But the carton is just one of Stora Enso's growing areas.

"Everything can be made of wood fiber," says Sundström.

In Finland, several biorefineries are currently being planned, both with domestic stakeholders and with Chinese funding.

Stora Enso's CEO sees no errors on the plans, as long as there are mass products and residues from the forest used. The forest raw material should be used where it is most advantageous for the market, explains Sundström.

It is not only consumers who have become aware, according to Sundström, about the plastic problem.

"Large brands also want to remove the plastic and replace it with cardboard. Here it is possible to offer good packaging options and to be at the forefront of product development. Sundström notes that large customers often want more than one supplier, but have been the first to develop a new product, but also the first customer is looking for something new, says Stora Enso's CEO to HBL.

In terms of research and product development regarding products made of wood, cellulose and other forest products, Stora Enso's CEO Finland and Sweden as leading countries. 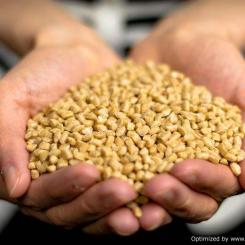