US boxboard production up 1 per cent

U.S. total boxboard production in March 2017 increased 1% when compared to March 2016, and increased 10.2% from last month, as the American Forest & Paper Association reported.

US printing-writing paper shipments down 8 per cent 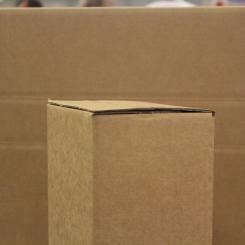 US boxboard production decreased by 0.8% in January 2018

US boxboard production up 2.9%

US boxboard production increased by 3.2 per cent in April