Lars Strömberg, Director of Sustainable and Environmental Affairs at Holmen, shares his sustainability highlights from 2016, in a newletter from Holmen.

”What would you highlight in terms of sustainability in the past year?”

”A recognition of all the hard work we have put into sustainability was Holmen being ranked 21st on the Global 100 list of the world's most sustainable companies. Holmen was also ranked highly for its climate work in the annual survey carried out by CDP. But most of all I would like to highlight the way that Holmen's operations bring major climate benefits by reducing the amount of carbon dioxide in the atmosphere by over two million tonnes per year. This can be seen as one step on the way towards meeting the commitments made in the global climate agreement.”

”What is happening now and how does the future look?”

”Following the sale of the Spanish mill, all production units are largely powered by non-fossil fuels. For 2017 the target for consumption of fossil fuel at our mills has therefore been revised to achieve a reduction of 90 per cent instead of 75 per cent by 2020 compared with 2005.”

”Holmen's work on sustainability is characterised by ongoing improvements carried out by committed employees. Thanks to investments, including those in more efficient production processes and developing the products of today and of tomorrow with forest raw materials as a base, I am convinced that the positive climate effects will be reinforced in the future.”

SCA gets top ranking for sustainability in WI

GHG emissions from AF&PA member plants down 16 per cent 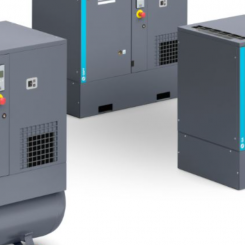