The European Parliament has today opted to follow the ambitious lead set by Environment committee's vote on the Circular Economy package in January this year.

The most important outcome from today's vote is that MEPs moved in favour of one single calculation method that enshrines real and comparable recycling rates both in and for Europe.

CEPI recognises that the new recycling targets are ambitious while providing new opportunities in terms of improving quality.

“For an industry where over half of our feedstock comes from paper for recycling, the Parliament's approach means greater use of raw materials whilst putting the emphasis on quality,” says CEPI Raw Materials Director Ulrich Leberle.

The vote to encourage the use of bio-based packaging also demonstrates the importance of a Circular Economy that builds upon Europe's wealth of renewable resources while accelerating the transition towards a low-carbon economy.

Finally the continued assertion of the separate collection of paper is viewed by the European paper and board industry as a means to bridge ambitious targets with higher quality recycling.

CEPI together with other partners in the European paper value chain will shortly publish its updated European Declaration on Paper Recycling where it addresses its commitment to the new targets.

The Circular Economy is one of the core elements necessary to achieving industry transformation in Europe as outlined in our 'Investment Roadmap' towards a low-carbon bioeconomy. Check out our alignment matrix for the full picture. 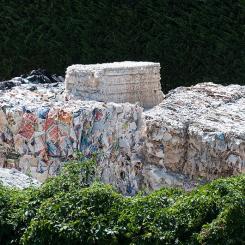