A view of the Federal Administrative Court in Leipzig, Germany. Picture courtesy of Shutterstock, Inc.
Published by
Redaktionen - 2 May, 2022

This German inventor and his team set new industry standards, built a brand, and grew an international business testing pulp, paper, and board in a newly opened East Germany.

From humble beginnings as a post-Soviet-era startup, the testing device manufacturer emtec Electronic GmbH has grown from an innovative idea to a global brand in the pulp and paper industry within a little over 25 years. This article takes a look at how it all got started.

One door closes, another opens

The year was 1972. On the Soviet side of Germany, in a formerly industrial, coal-burning city called Leipzig, the young physicist Giselher Gruener had just received his diploma from Leipzig University. Soon he would begin work as deputy managing director of R & D at the IGT Institute for Graphic Technology, where he would hone his skills for the next 16 years testing instruments for offset printing processes. His research and innovations at the IGT fed into the scientific archives and helped improve paper production in the German Democratic Republic. The communist regime in the former Soviet bloc, however, meant that any patent rights for intellectual property were considered communal property. There was little room for private innovation.

“Although it was generally possible to apply for patents valid in the GDR, it was not really possible on an international level, since there was no access to the Dollar or Deutschmark,” Mr. Gruener explains. “But even so, there was a high level of innovation at the IGT, with modern equipment in the R&D department.”

The turning point came with the fall of the Berlin wall in 1989, which brought the closing of the Institute not long after. Like many during this turbulent time of reunification, Gruener was forced to gather his bearings and re-orient. After years of observing paper manufacturers having difficulties in quality control of the gluing, printing and coating properties, Gruener had a novel idea. He invented a new module-based system that allows the targeted testing of the interactions between paper and cardboard samples and specific processing fluids, such as printing ink, adhesives, and oil, to better predict their behavior during conversion.

Building a brand in a broken economy after German reunification His invention, the PDA Penetration Dynamics Analyzer, became the springboard for the founding of a new small business. Gruener launched the PDA in 1995 and, together with an instrument company from Western Germany, founded the company emtec Electronic. Armed with an innovative new product and a team of four employees, Gruener began to build a name for an emtec brand based on a strong customer service orientation and the development of truly useful, specialized solutions to common problems in the pulp and paper industries. In true entrepreneurial fashion, Gruener used the gains from initial product sales to invest in research and product development, paving the way for a smaller, more portable version of the PDA Module Standard, the EST Surface & Sizing Tester, in 1997. With the opening of East Germany’s borders after reunification, the new company and others like it were able to grow and serve customers around the world, including starting a successful partnership in China.

““The EST proved to be a major game-changer for China’s big-name paper producers such as Nine Dragon Paper Group and Shanying International Group,” recalls Hu Yuntao, General Manager of the Shanghai Forest & Paper Scientific Instrument Co., Ltd and longtime emtec representative in China. “With it, they were able to find the reasons behind their printability problems. They have since adjusted their printing machine settings according to the EST t95 results and have overcome these issues.”

A tradition of innovation in electronic paper testing solutions continues

Around the turn of the millennium, emtec expanded its R&D department, which led to another notch in its belt with the addition of the modular measuring device Dimensional Stability System and the first module, the WSD Wet Stretch Dynamics Analyzer. The WSD measures the behavior of paper when wetted on just one side with a test liquid – particularly important for testing décor paper, base paper and linerboard. Traditional methods, in comparison, require two-sided liquid contact. As a result, the WSD has become an industry standard since 2003. Soon after, the team developed a partner module for the DSS: the HSA Heat Shrinkage Analyzer. As the name suggests, the HSA determines the behavior of paper when influenced by heat.

In 2006, the investment in research paid off further with the development of the first machine in the world to objectively measure the haptic characteristics of tissue paper, the TSA Tissue Softness Analyzer. This unique device simulates the sensory capabilities of the human hand to measure softness, smoothness, and stiffness. With it, tissue paper manufacturers became able to maintain high quality standards in a fraction of the time needed using traditional testing methods. The TSA proved to be one of the biggest successes of the decade and has since become an industrial standard. Its performance has since been independently evaluated and positively reviewed in a TIP TAPPI technical information paper.

“The idea for the TSA came when one customer suggested developing an instrument to measure the ‘softness’ of tissue,” Mr. Gruener recalls. “At this time we did not know that many professors and companies had already tried to develop such a device, but all of them were unsuccessful. For us, the first and most complicated step was to invent a measuring principle. The rest was technical development, combined with a whole lot of innovative solutions.”

By applying the same concept of measuring tissue paper softness to fabrics, the company was able to grow horizontally to include the nonwoven and textiles industries with the introduction of the Tactile Sensation Analyzer in 2014. In addition to the haptic parameters, the TSA is able to measure recovery and deformation characteristics, such as plasticity, elasticity, and hysteresis of textiles and nonwovens. These capabilities have proven especially useful for quality control of products such as diapers, in which not only the softness and smoothness, but also the stretch factor can have a significant impact on consumer purchases.

Thirteen inventions in 25 years, and counting…

From the start, Giselher Gruener realized the potential of serving specific needs within the paper industry and made innovation a top priority. The company’s history reflects this attitude, citing thirteen innovative, and often oneof-a-kind, electronic testing solutions to date. For some, emtec holds exclusive selling rights worldwide, such as for the CAS touch! and the FPA touch! Both devices were developed in cooperation with AFG Analytic GmbH.

These machines were state-of-the-art for their time. The CAS Charge Analyzing System, for example, was at that point the first of its kind to feature integrated titration to measure the particle charge of fiber suspensions. The FPA Fiber Potential Analyzer was developed to measure the surface charge of fiber, also known as its Zeta Potential. This solution helps manufacturers accurately assess the correct amount of additives to add during production to achieve the desired results.

Reflecting on the successes of the past 25 years, Mr. Gruener notes that the prerequisite for all of it was having the right sociopolitical climate and the ability to grow organically.

“Thirty years ago, it was unimaginable for me to start a company based on my own research and inventions. This was far from reality before political change in the GDR, so I just did not think about it,” Mr. Gruener remembers. “The political environment had to change to achieve this. In the GDR, everything was owned by the ‘people,’ the target was not to build private companies.”

Meanwhile, the company has continued to expand, now encompassing a global sales network in more than 80 countries. The company’s 35 employees are accustomed to travelling the globe for sales, trade conventions, or maintenance calls. Some, such as emtec’s most long-term sales representative, Daniel Ohndorf, have been around almost since the company began. For him, some of the most pleasant memories involve the camaraderie that arises from spending a lot of time on a plane together.

For his part, however, Giselher Gruener continues to stay the course, helping to manage the company’s direction and encourage innovation. His biggest hope for its future?

“First of all that the current world economic situation will stabilize. After that, I’d like to focus on optimizing all internal procedures, further guaranteeing customer satisfaction, and of course, continuing to innovate to improve our product portfolio.” 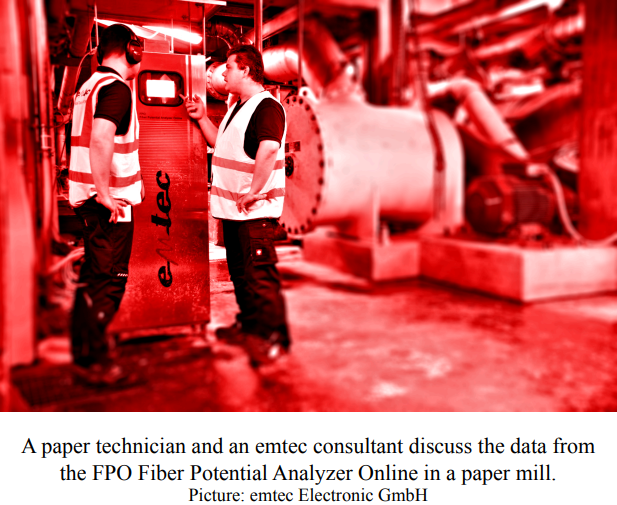